Livingston Avenue Bridge Replacement, AND Walkway, Mentioned in the New York State of the State Address 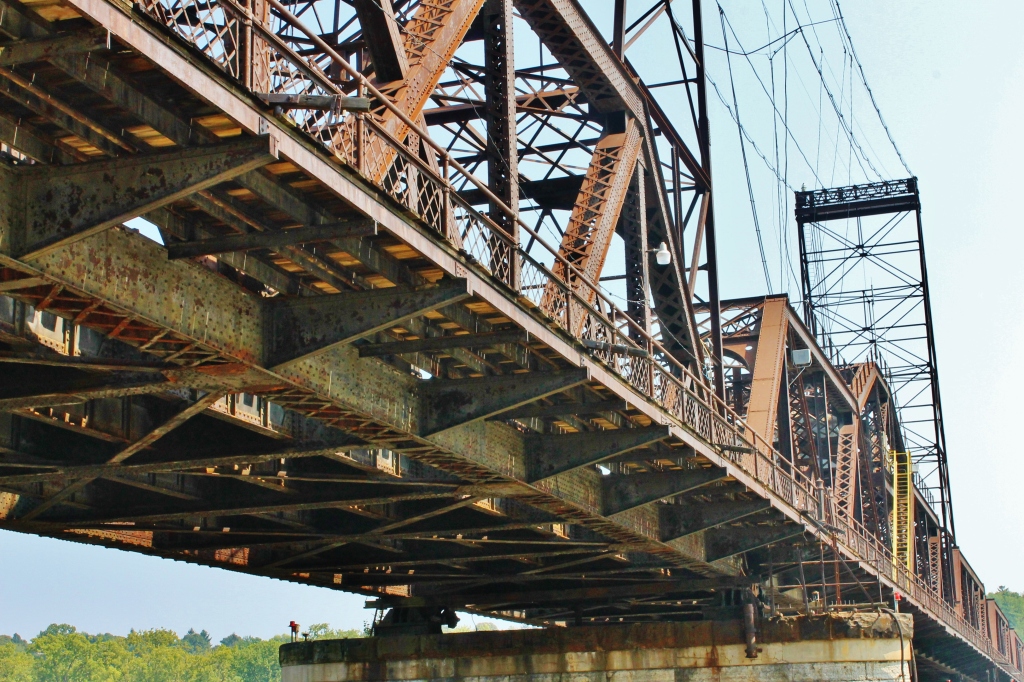 On January 5, 2022 New York State Governor Kathy Hochul outlined the State’s New Transportation and Infrastructure Priorities in her State of the State Address. These priorities include the replacement of the Livingston Avenue Railroad Bridge in Albany:

“The Livingston Avenue Bridge provides a critical link for passenger rail service from the Northeast Corridor to Albany-Rensselaer. The rail bridge has deteriorated to the point where the current structure limits trains crossing to one at a time and at speeds of 15 miles per hour. The movable swing bridge mechanisms are failing, and the structure has not been closing properly. The project will replace the existing, Civil War-era bridge with a new, modern structure capable of supporting higher speed passenger rail, freight rail, maritime transport, and bicycle-pedestrian access.” – (New York State of the State Book, page 93)

This is wonderful news from the Governor’s office, and I am feeling quite optimistic. For those unfamiliar with the Livingston Avenue Bridge, it is the (as there is only one) railroad bridge between Albany and Rensselaer. Fun fact – there used to be two! The bridge is located near the base of Livingston Avenue, where the street may have once met the Hudson before 787 was constructed. The most current iteration of the Livingston Avenue Bridge was constructed in 1902. It replaced an earlier bridge constructed between 1864 and February 18, 1866, when the first engine, the Augustus Schell, passed over the bridge. Because of the lack of a rail crossing, when Lincoln’s Funeral train arrived in Rensselaer on April 25, 1865, the president’s coffin had to be ferried across the Hudson. The current bridge still uses the civil war era stone pier supports. The 1902 Bridge was constructed with a pedestrian walkway that provided access to both sides of the Hudson River between the cities of Albany and Rensselaer. This walkway, having suffered from years of neglect, was closed decades ago but it is still there – albeit with no access on the eastern side of the bridge. The bridge is the keystone of the New York State High Speed Rail Plan. State and federal officials have decried the condition of the bridge for decades, advocating for funding to repair or replace.

The current Dunn Memorial Bridge between Albany and Rensselaer was constructed in 1969. It does feature a pedestrian walkway. However, due to the height of the bridge, a network of steep dogleg ramps make accessing the crossing difficult for many and impossible for some – including anyone with a mobility impairment or pushing a stroller. The ramps are so steep and narrow that cycling is prohibited across the bridge. A great bridge crossing makes pedestrians want to stop and admire the view. Caged between chain link and the rush of highway traffic, there’s little appeal to no appeal to the Dunn. Because Albany is at the literal and figurative crossroads of the Empire State Trail, there is a critical break at the proverbial hub of the cross state network. We see the Livingston Ave. Bridge as an easily accessible river crossing option because it eliminates the need for expensive and complex ramps.

The Livingston Avenue Bridge Coalition has been working since 2012 to advocate for restoration of the walkway on a new or rebuilt structure. We believe that the cost to add a walkway, which would be a fraction of the expense of full reconstruction of the bridge when done in concert with its reconstruction, would pay enormous dividends for local businesses, residents, tourism and people that would commute on bike or by foot across the bridge. Development immediately adjacent to the bridge on both sides of the river is booming and we believe this bridge will be an enormous benefit to both communities as they grow. To be clear, we are not advocating for the conversion of the existing structure, such as was done with the Highline or the Walkway over the Hudson. We supportive an accommodation in addition to the rail bridge, similar to the International Bridge in Buffalo or the Harper’s Ferry, WV rail bridge. Thousands of miles of safe, enjoyable rail-with-trail have been built and demonstrate best management practices employed to keep trail users safe.

The construction of the Albay Skyway would create the proverbial red carpet as this ramp is a mere 25 feet away from the rail corridor, and at grade. We cannot think of a more attractive way to connect with the city than to cross the river at the Livingston and utilize the Skyway.

The likely replacement of this bridge provides an opportunity to reestablish a bicycle and pedestrian connection that is both safe and cost effective. Several transportation studies and municipal and county resolutions on both sides of the bridge acknowledge the critical importance of restoring access to the waterfronts and reestablishing this critical link in the growing regional bicycle trail network. So too, has our regional Metropolitan Transportation Organization – the entity that programs all federal transportation funding in the region according to its long range transportation plan. This walkway could be the critical link at the very hub of the Governor’s Empire State Trail. This bridge would link Rensselaer County and emerging their waterfront, Albany Hudson Electric Trail, with the Corning Preserve, Mohawk Hudson Bike Hike Trail, the Albany County Helderberg Hudson Trail and the Erie Canalway Trail that stretches west to Buffalo. The reconstruction of the Livingston Avenue presents a once in a lifetime opportunity to provide enjoyable and cost-effective access for people, to cross the Hudson River safely and quickly on bike or foot. We cannot afford to waste this opportunity to rebuild a better bridge for the next century.