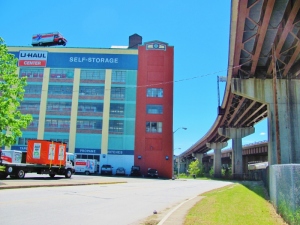 Potential northern access of the South End Bikeway Link, connecting the Corning Preserve and the HHRT

This rally will take place tomorrow, January 21 from 6-8pm at the Albany Public Library – Main Branch, 161 Washington Ave. For those of you not cycling to the meeting, a parking lot is located behind the library on Elk Street. Transit access via CDTA’s #5 or #905 Bus Rapid Transit route.

At the meeting, advocates will share information about the proposed South End Bikeway Link (SEBL) a short link to connect Albany County’s Helderberg Hudson Rail Trail (currently under construction) with the City of Albany’s Corning Preserve, the Mohawk-Hudson Bike-Hike Trail, and the Erie Canalway Trail.  This network could greatly be enhanced by a walkway on the Livingston Avenue Bridge to connect the east side of Hudson with points west, north and south.

Learn more about the SEBL on Facebook – https://www.facebook.com/albanybikewaylink and check out the map below.

← Tell Amtrak “If you promote it, support it!” Plenty Within Walking and Cycling Distance of the Rensselaer Amtrak Station
South End Bikeway Link Tour #1 scheduled for March 7th →