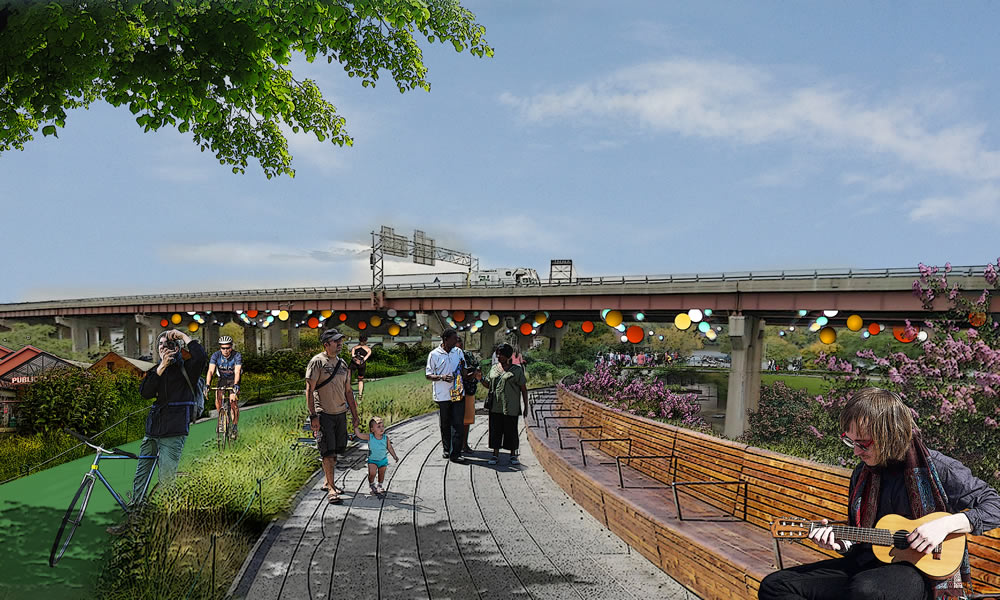 This is a head scratcher. Is it the Hudson River? No. The $40,000 in unrecovered ransom for Albany’s Crime of the Century? Wrong again. The Central Warehouse? You’re close. But no. 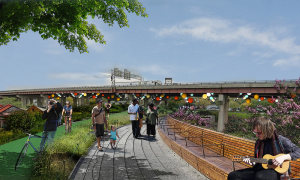 From Capitalize Albany, the non-profit advancing this lofty idea:

“The completed conversion of the exit ramp would transform the underutilized infrastructure into a landscaped multi-use connection, from downtown Albany and surrounding neighborhoods including Arbor Hill and Sheridan Hollow, to the Corning Riverfront Park. Upon conversion—the former ramp would serve as a fully ADA compliant promenade, bike route and linear park making valuable connections to the Hudson River—dramatically increasing accessibility to both downtown and the waterfront. In addition to serving as a waterfront connection, the Skyway would be an amenity for Albany’s downtown neighborhoods, creating an experience for its users and becoming a regional destination…. The

property is owned by New York State Department of Transportation. Capitalize Albany is coordinating with NYSDOT and received a commitment to work with the Corporation. After evaluation of Phase 1 materials it will continue to work with the Corporation and the City of Albany to provide permanent ownership or occupancy of the ramp to facilitate the construction and maintenance phases. The completion of the Albany Skyway’s Phase 1 will allow for the progression into final design, Phase II.The Impact Downtown Albany strategic plan, the City’s comprehensive plan, LWRP and waterfront master plan show demand for, and an economic need to increase connections from downtown to the waterfront. Currently, I-787 presents an imposing barrier disassociating downtown and surrounding neighborhoods from the river.”

Read more about the Skyway proposal on All Over Albany.com and the Albany Times Union.

This unique “Highghline” offers downtown residents and visitors to access the Corning Preserve from the base of Clinton Avenue. It could ALSO connect to the southern side of the Livingston Avenue Bridge – at grade!! Check out the street view images, below, to get a sense of just how close, and accessible, the current Livingston Avenue Bridge is to the proposed Skyway.  With this connection, the Palace, downtown Albany, the Rensselaer Waterfront, and the Train Station are so close only a skip connects them (sorry, hop and jump, with a connection this close you’re just not needed). 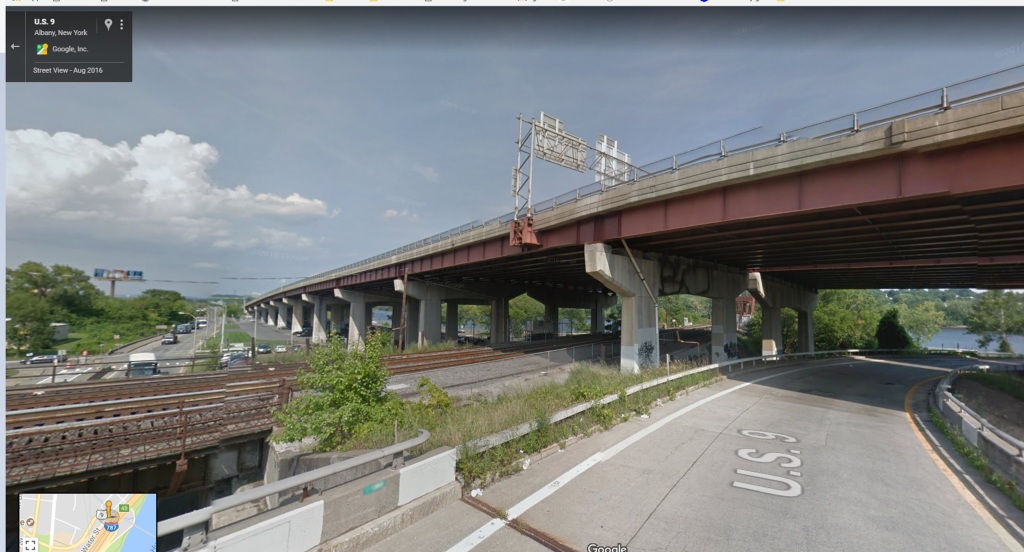 ← Please Tip your Cap
Tell the Albany Skyway promoters “The Skyway would be the perfect connection to the Livingston Avenue Bridge!” →