The Livingston Avenue Bridge is featured as we’d call the “centerfold” model in a recent magazine article about Albany, it’s waterfront, and the Capital’s revitalization efforts. City and State, a New York media outlet devoted to covering government and politics, featured Albany – and quite prominently, the Livingston Avenue Bridge – in their “Empire Builds Back” series. Check it out here: http://cityandstateny.com/articles/empire-builds-back/albany/

Encouragingly, Albany Mayor Kathy Sheehan gave the concept of building a walkway on the replacement bridge an encouraging push. 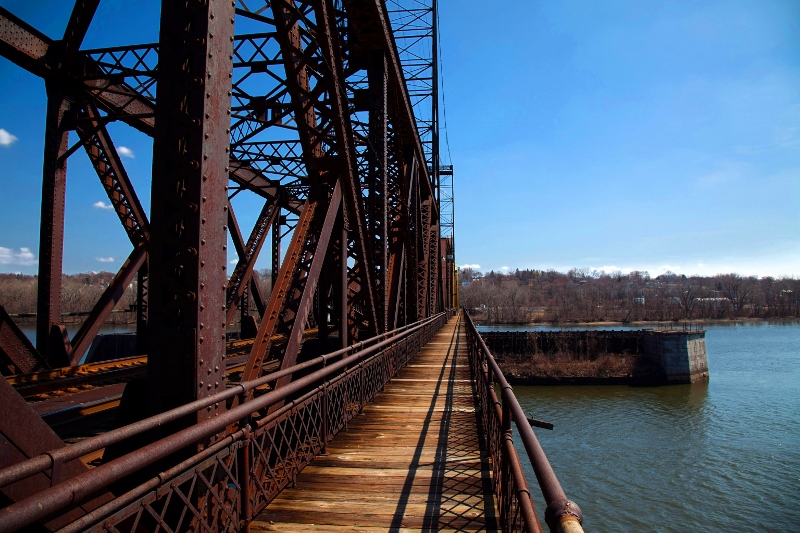 “This is a need we’re turning into a want. It needs to be replaced, we were told it’s going to be replaced, so let’s do it in a way that’s going to enhance Albany,” Sheehan said. “This is an infrastructure investment that then incentivizes the development of under-utilized property on that side of the river, on this side of the river, because you have that way of attracting people down here, of connecting them back and forth and, again, of thinking of the other side of the river as just an extension of the community.”

To be clear about our stance, while we love the Walkway over the Hudson, and humbling comparisons, we’re not advocating to preserve this bridge and re-purpose it. Keeping the old bridge safe, operational, and maintained solely to be converted to walkway is a heavy lift and – while an admirable goal- without funding, ownership interest, an operational plan, or significant public support we don’t believe re-purposing the bridge is realistic at this time. Instead, we think the inevitable removal of the old bridge does not have to mean the elimination of a bike and pedestrian crossing at this location.  We’re pragmatically advocating that when the bridge is rebuilt so too should the walkway. That creates a win-win-win-win-win for Albany, Rensselaer, NYSDOT, Federal Rail, and CSX –  a new, modern, financially sustainable bridge that provides benefit to passenger rail, commerce, recreation, health, and quality of life for all New Yorkers.

Thank you City and State for the nod, and thank you, Mayor Sheehan for the unwavering support!